Let’s face it. If you don’t like puzzling out a bit of math then D&D is definitely not the game for you. I’ll be the first to admit that since D&D the first edition the math in D&D has gotten a lot easier. But it’s still a big part of the game. So if you believe many D&D players would enjoy a math puzzle in their games, you’re not wrong. In fact, I’ve created a ton of puzzles involving math for my D&D games. But here’s the thing. (Yes, there’s a thing).

Even though my players love puzzles involving math, they do NOT – and I can’t stress this enough – enjoy directly seeing the math. So you can’t just present them with a problem you ripped out of your algebra book. (Well, you can actually but be prepared to take cover behind your DM screen when they start throwing dice at you.) So what do you do instead of directly showing your math in your D&D puzzle? You hide it of course. And here’s how you do that:

Hiding the Math in Your D&D Puzzle

Let’s look at some examples of puzzles for D&D that have a ton of math in them which is hidden. One puzzle I designed is called ‘Laser Puzzles‘.

With this puzzle players encounter a bunch of four-headed lion statues that shoot lasers from their eyes. So with 4 heads that’s a maximum of 8 lasers shooting from their eyes. These statues have come alive and wish to be connected. Each statue will tell the players how many lasers it can shoot out in total. The number on top of the statue image will also tell players. 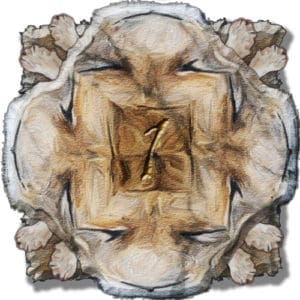 Now there’s a lot of math to this puzzle, but it is reasonably well hidden. Players will need to do the math and reason out in what direction lasers must shoot in order to solve the puzzle. For instance, the puzzle below has a statue with the number 1 on it. There is only one other statue it can connect to, so the math is very easy. From there the statue in the lower right corner – which has a 2 on it – can only shoot a laser upward. And so on. 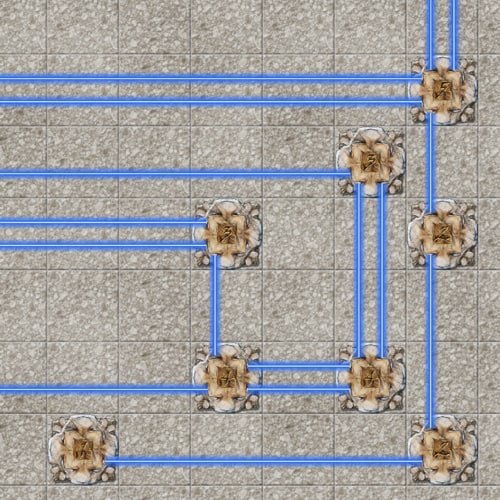 D&D Math Problems in the Game of Shields Puzzle Game

Another puzzle game I created for my D&D games that uses a lot of math, is called the ‘Game of Shields‘. This pack is both a puzzle game and an entire system for running politics in D&D. So your players will literally have to be calculating to plot their next political move. I’m still using a lot of math but I’m doing it in a way that drives the story forward. 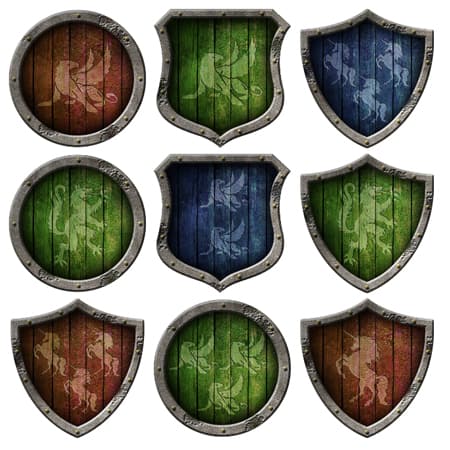 When designing puzzles, if you can find a way to let the math also help you tell the story, the puzzle becomes a lot more engaging to your players. For instance, with the game of shields players receive a set of shields that represent the different factions in a political arena. The players have to find sets of three – called alliances – where each aspect is either all different or all equal. The aspects of the shields are: shape, type of symbol, number of symbols, and color.

In this example, each of the aspects are all different. So these three factions can create an alliance. Finding alliances of different strength can shift the political landscape in their favor. For a much more in-depth explanation of this puzzle read my article about politics in D&D here.

The point of showing this puzzle is that the players will be engaged solving a ton of simple math problems. But at the same time, it doesn’t feel like math. It will feel like an integral part of the story which is natural to your D&D world.

When it comes to creating D&D puzzles for your game, math and logic are almost identical. Most logic problems will involve some math coupled with a bit of deduction or lateral thinking. Often when you start out with a math puzzle and dress it up to hide the math, what you end up with is a logic puzzle. So here’s an entire article I did on logic puzzles.

If you are interested in more of my puzzles, they are available in the Dungeonvault web store. The puzzles come in printable format for tabletops but also include images for virtual tabletops. To get all puzzles in one much cheaper purchase, please check out the Vault Bundle. And if you just want more tips on puzzles, my ‘GM tips‘ section of this website has a ton of tips.