D&D campaign settings are rife with magic-users. So it comes as no surprise that they would craft Magic Puzzles to confound the uninitiated.

Why do magic-users create magic puzzles you ask? Well, there are many reasons and in this article, we’ll dive deeper into the world of magical puzzles for your D&D game.

One very important reason for magic users to create magical puzzles in D&D is to stretch their ability. A budding wizard or sorcerer might spend days crafting a magic puzzle, just to test how that school of magic works.

But that’s not the only reason. Wizard colleges are known to install magical puzzles everywhere to test their students. Some clerics even put a magic puzzle on the door of their classroom. And those who can’t pass the puzzle are obviously not adept enough to follow their class. In this case, the magic puzzle serves as a filter.

Also, a final test to become a full druid or warlock could involve completing a series of magical puzzles. If you ever plan on running a school of Witchcraft and Wizardry, sprinkle it with magical puzzles. Finally, wizards have many magical secrets to hide and use magical puzzle locks to guard their most coveted spells and lore.

So how do you use magic puzzles to lock doors, spellbooks, and magic items?

Here’s an example of a magic rune puzzle I created that does just that. The concept is very simple. You just drop the rune puzzle on any magical object to lock it.

With this magic puzzle, players see the image and must hunt for hints to discovering the meaning of each magic rune. Next, they can translate the runes and discover an anagram. Solving the anagram leads to a cryptic meaning of a word. And speaking this word out loud or touching the object to the runes unseals them.

How do you place this magic rune puzzle on an object?

For tabletop play, the DM can print the puzzle and use a pencil to draw the object behind it. For virtual tabletop users, I created a version with transparency so you can place to magic puzzle image over any object. Of course, you could take a screenshot and print the overlay as I did in this example. 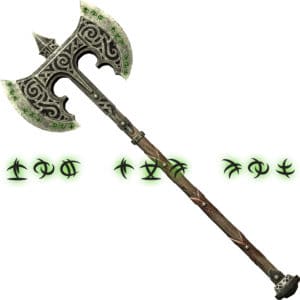 Both the pdf with printable magic rune puzzles and the images with transparency come in the Rune Puzzles pack.

Should D&D Magic Puzzles be Logical or Mysterious?

A while ago I was listening to a discussion by Brandon Sanderson, the famous fantasy author, at a convention. He was discussing with other authors whether magic in any setting – D&D or otherwise – should adhere to a clear logical system or be mysterious.

The other authors all believed that magic should remain mysterious. We don’t know how Gandalf does what he does and explaining it would ruin the sense of wonder.

But Sanderson took the opposite approach in his writing. He said that magic should adhere to a very clear set of rules that is known to the reader/player. This way, players know exactly what magic can and cannot do. And with logic comes believability.

So how does this translate to puzzles?

In D&D we use all kinds of rule systems to let our players know what’s possible. No wizard, warlock, or druid can just do anything without limit they want because ‘they have magic’. Even clerics who receive their magic from the Gods have limits. Magic users need rules to set reasonable limits on their capabilities and make informed decisions. At the same time, not every detail of how magic works is explained to preserve that sense of mystery. This way, D&D combines rules and mystery in a great way for magic users.

Puzzles are always rule systems and magic D&D puzzles can be used as a rule system for magical spells or even magic item creation. The puzzle provides the rules and a predictable system. And the mysterious magic lies within the effect the puzzle has.

With this discussion in mind, I created a single puzzle pack that allows you to create any spell or magic item you want. It’s called Potion Puzzles, but don’t be fooled by the name. It is a full system for governing magic in D&D. Here’s how it works.

“Magic is all around us. It resides in plants, a spider’s eye, or a dragon’s fang. And witches, druids, and wizards have used the art of potion brewing to create magic items since they first discovered magic.”

Players must first uncover the secret formula to a magic potion, ink, oil, perfume, dye, or polish. And any of those can be the key ingredient to turning an ordinary item into a magical item. For instance, an ordinary shield can be made magical by applying oil or polish.

When you consider it, every item, from a robe to a sword, uses some kind of liquid in its creation process. And Potion Puzzles provides this liquid. For a full explanation of using these magic puzzles, read the second part of this article I wrote. 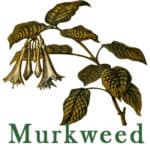 Once players have discovered all the clues to a formula they must find the ingredients which are progressively harder to obtain at higher levels. Only when they have the formula and all the ingredients can they attempt to solve the puzzle and brew the liquid for creating a magic item.

There are 5 magic puzzles of each spell level in the potion puzzle pack for a total of 45 magic puzzles. And there are instructions for designing more magic puzzles if you need them. These puzzles can also be used for all types of spellcasters whether they be clerics, druids, wizards, sorcerers, or warlocks. potion brewing goes with all themes.

The great thing about this puzzle is that you can sprinkle pieces of formula and ingredients throughout your campaign. Players might stumble upon a rare plant in the woods, find it as part of treasure, or go hunting in libraries or wizard’s towers to uncover more secrets.

Each creation provides you with a ton of story hooks and rewards you can implement however you want. And to your players, magic item creation isn’t some vague mysterious process. They know exactly what they need to do in order to create the magic items they desire, with the DM controlling the availability of clues and ingredients. Just consider how much cooler it is when players get to use the fang of a dragon they’ve slain as part of their next magic item.

These are just two examples of how you can use magic with your D&D puzzles. But in fact, I’ve created a ton of puzzles that use magic to some degree. If you are interested, you can check them out here.

I hope this article has inspired you to combine Puzzles with your Magic system.