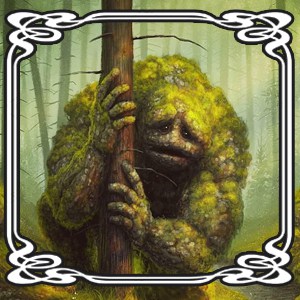 Many DMs have shy D&D players in their gaming group. Often shy players aren’t as active and engaged as their fellow party members. Whether you – the Dungeon Master – encourage shy players can impact the game drastically.

Of course, that is easier said than done. Here are some helpful ways I have found to encourage shy players.

It’s Okay To Be Shy

First of all, not everyone is equally comfortable role-playing or speaking up in front of a group. That’s perfectly fine. Shy players should never be forced to play a bigger part in the game then they are comfortable with. And some players really enjoy watching others take the spotlight. Shyness is not something players have to overcome in order to enjoy D&D.

However, good DMs are always mindful to create opportunities for shy D&D players who want to overcome their shyness. D&D provides the perfect opportunity to experiment with more assertive behavior. For instance: Shy players may not dare to confront a bully in real life, but their barbarian carrying a Double Axe of Bully Slaying certainly can.

Show players that you don’t have all the answers and are allowed to make mistakes. Let’s say the players encounter a dragon. You could think out loud and say: “How do I role-play a dragon? Okay guys, this might not work but I’ll give it a go.”

By just telling players that you too are experimenting, and by being light-hearted about your failures or mistakes, shy players will soon feel more comfortable as well.

How well do you know your shy player? Is there an open line of communication between you two?

If you don’t already know a shy player at your table well, getting to know them better, really helps to encourage shy players. Start interacting with them more inside and outside the game.  And reassure them that what they tell you isn’t immediately going to be criticized.

Building trust with shy players is essential. If they feel like they can trust you and their fellow party members, players will become more comfortable embracing new elements of the game.

An easy way to get to know players personally is to simply to spend more time with them. Go for a coffee and have a chat, as you both have D&D as a common interest it might be helpful to use that as a starting point of your conversation. If you don’t physically play together, or meeting up would be difficult, you can still drop them a message or two every now and then. Who knows, it might be the beginning of a long and strong friendship.

You can also enhance the experience of shy D&D players by studying how they play their character. Pay attention to their tendencies and you will be able to gauge how they draw fun from the game.

Conversely, players lose encouragement when facing something they’re not fond off or don’t understand. For example, if your player is often most shy during combat, maybe try pulling them aside after session to have a chat. It could be something as simple as they don’t understand a ruling, class feature, Etc. and are nervous to act upon it. Shy players might not feel they are able to discuss this with you – which is why trust is important between players and their Dungeon Master.

If your group was acting on a stage, which character would be in the spotlight most?

An important job as a Dungeon Master is to balance this spotlight. Shy players may just need their time to shine in the spotlight. Is their character strong? Suddenly a pile of rubble only they can lift appear. Do they have some loose ends in their backstory? Maybe now is the time to tie them up.

If you have more experienced role-playing members within your party, partner them up with the shy character. Little notions, like making an encouraged player and a shy player sit next to each other, can help the shy character grow. Over time, the shy player may experience a behavioral adaption, a form of adaption where people slightly adjust their traits/personality to help them fit within a group.

Just create opportunities for players to take the spotlight, but don’t put too much pressure on them. If shy players feel safe, eventually they will start role-playing.

But remember that players don’t HAVE to take the spotlight. If they feel better being a part of a team, that’s fine as well. Combat in D&D can be frustrating for shy players because it’s turn-based. When it’s the player’s turn everyone is looking at them to see what they will do.

Having more cooperative and easy going non-combat alternatives can help. For instance, Dungeon Puzzles is a cooperative challenge in our webshop that isn’t turn-based. Shy players can play cooperatively without even having to speak. And the Deck of Prophecies allows players to integrate a prophecy into their narrative when they feel like it. Not when the DM puts them on the spot.

Is your player just a generally shy person, finding all social encounters hard, not just at your table?

Another fun way to encourage any player is to hold a one-to-one session with them, if you have the time and energy. By hosting this small-scale session, you can focus the spotlight onto them and quickly learn about them and their methods of play. Not only does this increase their immersion in your world, allowing them to build upon their pre-existing foundations, but it also allows some time for them to take actions unrestricted from the party’s influence – sometimes a shy player’s actions/intentions may be overshadowed by other party members and their opinions.

Involving the player in a solo session will encourage them to break out of their shell and engage more by gradually giving the shy player confidence within the world built for them. By tailoring a custom mini-adventure for them, you can suit their personal likes and dislikes – helping them experience how much fun it can be taking the spotlight. It might help them gain the confidence to replicate their actions within the group setting and encourage their engagement further.

However, use this technique sparingly because this can be rather time and resource consuming. Constant solo-sessions may wear you both out and make the main campaign game less enjoyable. Additionally, ensure that the one-to-one session makes thematical sense. If the party is taking a week to rest in town, then it’s more plausible that the shy D&D player would get into a solo-adventure than if they were imprisoned in an ancient dungeon.

After reading the paragraphs above, you may be wondering one of the following questions:

How Do I Role-play as a Shy DM?

If you are a shy DM first create an atmosphere of safety. Tell everyone that they are allowed to make mistakes and that you will be making mistakes also. It’s just a game and having fun is the only main objective. This takes the pressure off and allows you to experiment more freely with role-playing.

What If I Have Multiple Shy Players Within My Group?

If you have multiple shy players within your group, try to reach out to them and make their experience as fun and comfortable as you can. Express and emphasize the fact that the players can talk to you publicly and in private if needed, ensuring a safe and open environment for them. Shy players can be shy for many reasons, so make sure not to use the same approach for all of them.

Allow time for their bonds to form, reassure them that they are all in the same boat and that, with time, they may naturally encourage themselves. Managing the non-shy players should also be a concern, if there is one player that dominates the group, try to re-balance and provide opportunities for focusing the spotlight back to the more timid players.

Overall, make a safe and enjoyable atmosphere for your players, especially at your game table. There are multiple posts across the internet encouraging an array of methods to ‘handle’ shy players; it’s a game, just make sure they’re having fun. We all have fun in many different ways, this may be their way, don’t force them into your idea of fun.