D&D players can be a rowdy bunch. And DMs sometimes struggle to keep control of the game table. Punishing players who behave badly might seem like a good idea to keep them from ruining everyone’s evening.

Seems straightforward, right? But what counts as out-of-game and in-game behaviour? What happens if you DO decide to punish a player who is being a di… dandelion? And if you can’t punish your players, what can you do instead to rule that table like a boss?

In this guide we’ll dive into the rich world of ruling your table without the use of a torture chamber. I know, bummer.

Understanding when to use punishments and when not to starts with distinguishing between out-of-game and in-game behaviour.

These types of behaviours have nothing to do with the game situation but are simply about being a good cooperative friend.

In-game behaviour is about how characters act during the game. It is about making smart or poor decisions and their natural consequences. If a character decides to pull the sleeping dragon’s tail, that’s a poor decision which should be punished, severely (Dragons don’t like that).

Even though the player is making the decision, it is the character who pulls the Dragon’s tail, and their in-game actions should have in-game consequences.

Not so with out-of-game decisions. If a player is late and the DM decides that their character didn’t defend themselves against a horde of Ogres, because the players wasn’t there to play the character. That would be punishing out-of-game behaviour with in-game consequences. It is a sure way to ruin the fun in you gaming group. Here’s why.

Why You Shouldn’t Punish D&D Players 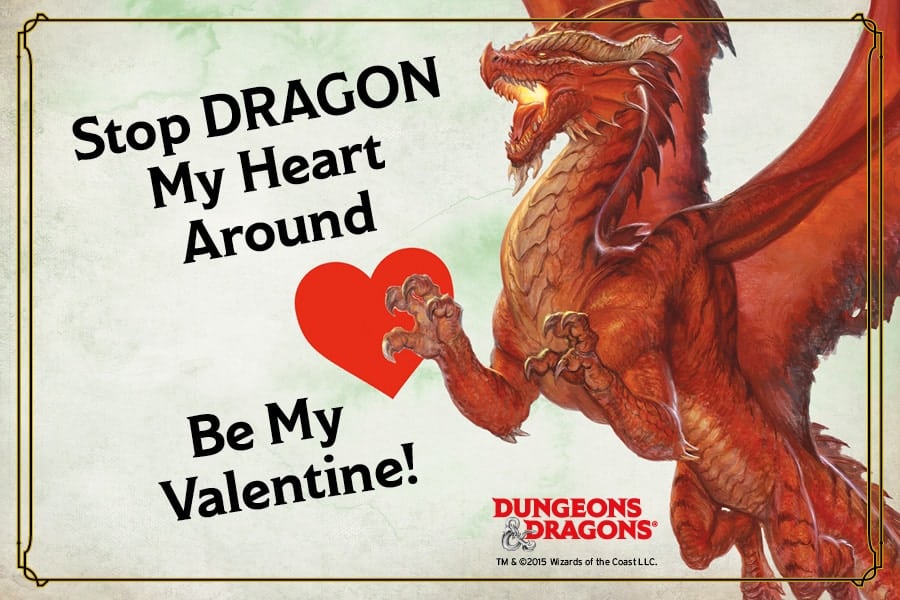 Though it is sometimes hard not to burn a player’s character to a crisp when a player is behaving badly, there are several reasons we shouldn’t:

The game should be fair
DMs should run a fair game. If a player is behaving in a negative way at the table, being rude or talking over others, it has nothing to do with their character’s behaviour. Why then, should there suddenly appear a meteor from the sky that hits only them and leaves the rest of the party unscathed?

The character didn’t do anything wrong. So they shouldn’t be punished. Also, when you decide to punish one character, you are weakening the whole party. If Brunor swallows his beard due to a mysterious gust of wind right in the middle of combat, the whole party looses an ally.

In short: Your player will feel like you aren’t a fair DM and are out to get them. And they would be right. That doesn’t mean DMs should not address bad player behaviour. Just not by taking it out on player characters.

You could be wrong
Isn’t it funny how it’s always the other person that is wrong? Do you get that as well? If only everyone could see things like we do, like – all the time – the multiverse would be a better place.

The fact that we’ve probably all felt like this sometimes, should tell us that we DMs can be wrong just the same as players can be.

When we’re talking about in-game decisions DMs have to make the final call. And sometimes it’s the wrong one. But that can’t be avoided and everyone understands it is part of the game.

But when you’re deciding how you are going to treat each other as members of a group everyone should have a say. Because a group can’t function without a consensus and some clear boundaries. It’s not the DM’s job to decide this for the group.

But DMs can act as mediators and put questions to the group as to how they want to deal with out-of-game situations.

How To Discuss Instead of Punish 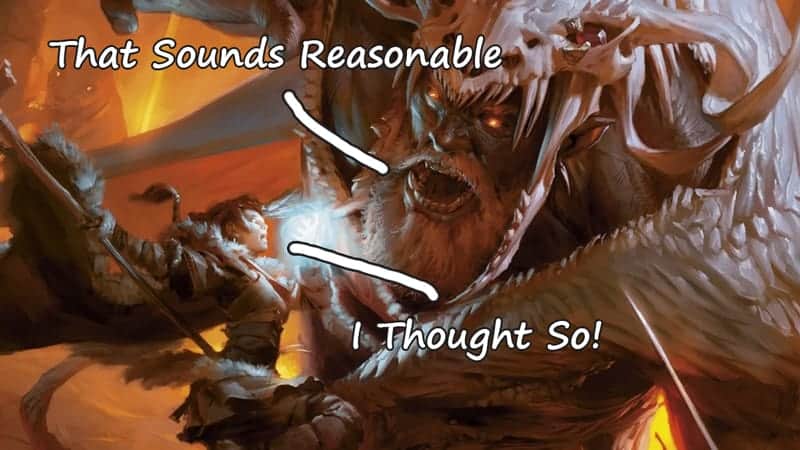 You don’t have to address every possible topic ahead of time, but you can take a moment to have a group discussion if difficult behaviour comes up. Here are some tips as to how to do that:

If you DO want to discuss bad behaviour, use non-judgemental language. For instance, saying: “You’re a drunk and a cheater.” casts someone in a role. They get defensive and it becomes more difficult to change. But saying: “I believe drinking and not following the rules doesn’t help to create a good gaming experience. How do you guys feel about that?” leaves room for change. Differentiate between the person and their behaviour.

It also helps to talk about behaviour in general instead of naming and shaming a person. So don’t talk about how Bob becomes annoying when he’s had too much to drink, but talk about drinking at the table in general.

Finally, it’s good to talk about what you DO want. How do we as a group want to handle this moving forward? Agree on the rules and move on. There is no value in getting stuck in blame. If you reach a consensus, than you can always refer back to it later.

One question I always ask players is: “Does it serve the story?”. If behaviour doesn’t serve the story than you probably shouldn’t be doing it. This does for everyone including the DM. It’s an easy but profound guiding principle. It is also a fair question because everyone has taken time out of their busy schedule to play a game. And it makes players aware that their bad behaviour is diminishing other players’ experience.

Of course, bad out-of-game behaviour should have some consequences. Here are some options ranging from light to serious:

1. Talk to a player individually after the game. You don’t have to discuss everything in front of the group. This is especially important if the player might be embarrassed or shy. Here are more tips I wrote on shy D&D players.

2. Give a kind reminder during the game. “Bob, keep your shirt on. No literally, we don’t need to see that!” Asking: “Does that serve the story?” also helps.

3. Stop and talk when you need the group consensus and some clear agreements or boundaries before you can move on.

It’s okay if players experience they can’t move on without your say so. And it usually puts a bit of pressure on the player that is out of line to conform. Only use this when a player is blatantly out of line and not willing to change through the previously mentioned methods.

5. Change group roles. If you can’t get a consensus ask players if they believe things would be better if someone else took on the role of DM. Sometimes having another player be DM changes the group dynamic enough to keep playing together.

6. Leave the group. If you really can’t see eye to eye, someone will probably have to leave the group. It might be the player behaving badly, but it could also be you. At the end of the day you can’t control others’ behaviours and you don’t have to. But you can decide if this is where you want to spend your time. It’s a last resort, but unfortunately sometimes necessary. And it shouldn’t come up often if you’ve tried the previous methods first.

If you are at this stage and losing faith in being a DM, read our article on whether being a dungeon master is worth it.

Those are my basics for dealing with bad out-of-game behaviour at the game table. Let’s look at in-game punishment.

How To Punish D&D Characters

The ultimate punishment in D&D is character death. When a character makes a bad decision, death might eventually follow. But for me personally as a DM, I only deal out death when a character has made a series of bad mistakes or bad roles. The scenario I most want to avoid is this:

Player: “I slowly enter the area of magical darkness.”
DM: “You fall into a pit trap with poisonous spikes. No perception means no save. That’s 10d6 damage… You die.”

In this example one risk on the character’s part immediately resulted in death. That’s only fun when you’re playing Tomb of Horrors.

If you built in more steps between making no mistakes and death, the game becomes more exciting. Each mistake takes a character closer to death but there is still some way to get out of it. For instance:

Player: “I slowly enter the area of magical darkness.”
DM: “The surface of the floor is slippery. Roll a balance check.”
Player: “A four.”
DM: “You slip and start falling headfirst into some sort of pit.”
Player: “I stretch out my arms and legs hoping to catch onto something in the darkness.”
DM: “Your hand closes around a root, but it starts to give away immediately. What do you do?”
Player: “Uh I don’t know. I just hang there for now.”
DM: “You can feel the root coming loose… for a moment you feel weightless, then you slam into the spikes below. That’s 10d6 damage… You die.”

In this scenario the player (and other PCs) had several chances to save the character. Each step brings death a little closer, which makes for a more exciting game. And not surviving the scenario is a result of bad decisions; not happenstance.

For this very same reason – starting with 5th edition D&D – players get death saving throws. It creates a pocket of time in which allies get a change to save their friend. Also, check out point 7 about running Grim Portents if you want to create steps toward an impending doom in your campaign.

While it is more realistic to say that life is unfair and characters might die without ever having a fair chance, D&D is a game and PCs choices should matter. In-game punishment should be about a series of bad choices or bad rolls.

So in the end, the DM never really punishes characters either. Negative consequences result from bad character decisions. That’s not the DM punishing the player, but a character being faced with the challenges of their gaming environment. Ultimately, actual punishment has no place in a game where friends are trying to have a fun evening.

So banish punishment from your games, rule that table like a boss, and hopefully you will have a gaming group that spans decades of merriment, laughter, cheap snacks, and Bob keeping his shirt on.

Image credit: Wizards of the Coast.